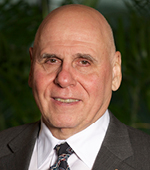 Joe Buonomo has served as the President and Chief Executive Officer of Direct Computer Resources, Inc. (DCR) since 2000. Prior to that, he was the company’s Executive Vice President since its inception in 1996. Joe was one of the four original developers of the company’s first flagship product, DataVantage® for IMS that has been serving Fortune 1000 companies in more than 20 countries since the late 1970s.

While Joe has been President and CEO, the company has been transformed from a one dimensional, one product ISV into a multi-dimensional organization with several state-of-the-art software products, including its new flagship product DataVantage Global® that is a single, scalable, multi-tier enterprise-wide solution that obfuscates private and confidential data. The internationally patented software helps companies in all industries meet regulatory standards as well as internal policies. The product has been well-received by companies such as Gartner, Inc. and Forrester Research and is recognized as one of the most viable leading information protection solutions available today.  Additionally, in 2009, this product earned a “Certificate of Safety Act Designation” from the U.S. Department of Homeland Security (DHS), which designated the software as Qualified Anti-Terrorism Technology (www.safetyact.gov).

Under Joe’s leadership, DCR has been profitable for the last 16 years.