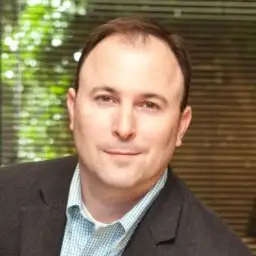 Ryan Boulais is the Chief Information Security Officer at AES, serving in this role since February 2020.

Prior to joining AES, Ryan was the VP of Shared Security Services for Thomson Reuters globally for three years. His areas of focus were Identity and Access Management, Security Platforms, Data Loss Prevention and Compliance/Vendor Risk Management.

Ryan was with GE for 5+ years culminating in the VP of Global Security Operations role providing leadership and direction for all cyber security incidents across the company’s 9 businesses, 300K+ employees, and infrastructure both on premise and in Cloud environments.

He also worked for companies such as Northrop Grumman IT-TASC and Scitor performing cost and risk analysis on US Intelligence Community Systems. He spent several years in the US Army as a Military Intelligence and Civil Affairs Officer, with assignments in Germany and the US, and military operational deployments in the Balkans and Baghdad, Iraq.

He and his wife, Allison, have two children, Andrew and Lillian. He also enjoys yoga and collecting antique maps.