Solarium Chairs are Right: We Need a Cyber Social Contact 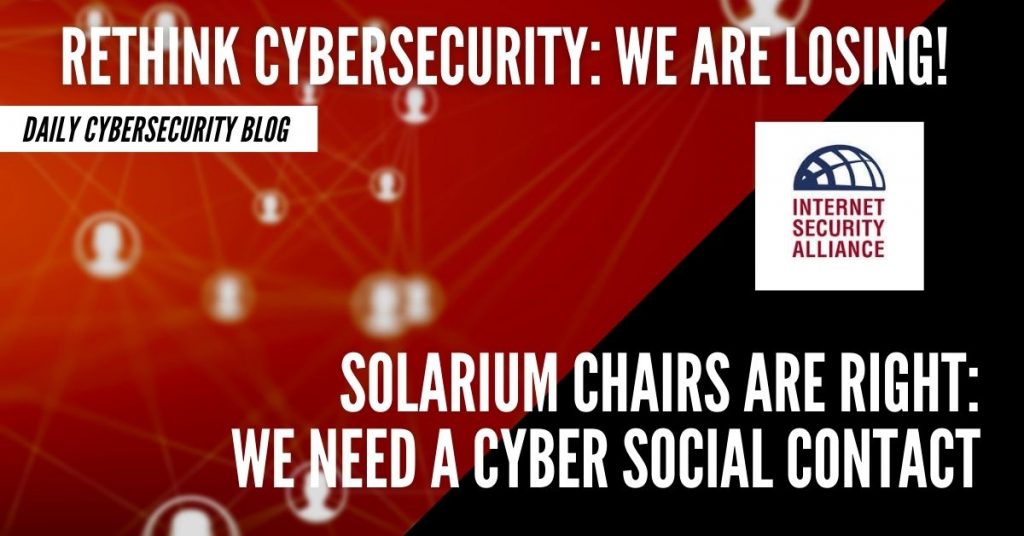 Cyberspace Solarium Commission co-chairs Sen. Angus King (I-ME) and Rep. Mike Gallagher (R-WI) said Monday that the Colonia Pipeline attack “underscores the vulnerability of our national critical infrastructure in cyberspace and “the disruption is a clear example of the need to create a new social contract between the Federal government and systemically important critical infrastructure,”

Creating a Cyber Social Contract is an amazingly pertinent and useful phrase that describes one of the basic philosophical premises of liberal democracy.  It also carries interesting political/economic history as the social contract was adapted by early 20th century policymakers as the basis for creating the very critical infrastructures – privately owned public utilities – that are the subject of this week’s cyber catastrophe: the Colonial Pipeline.

However interesting the history is, the truly important question is: If we are going to create a cybersecurity social contract, what are the terms of that contract?

Fortunately, several years ago the Internet Security Alliance published a book that just happened to be titled The Cybersecurity Social Contract, which very specifically lays out what the terms of a cyber social contract might be.  We will describe some of the key terms below,  (the book itself is 260 pages) but the fundamental notion modern policymakers need to understand is that you don’t create a social contract via mandates.  A social contract is, by definition, an exchange of value. Without a viable exchange, the contract will fail, and we really can’t afford that.

The genius of the original adaptation of the social contract, which created the privately owned public utilities, was an economic deal between the private sector and government to find a way to provide universal service of modern 20th century technology (distributed energy and telephone service) even to areas of the nation for which these services were economically prohibitive, such as low income and rural areas.

Without going into excruciating detail, the deal was this: The private companies agreed to build the infrastructure to provide universal service of these critical services. In return, government essentially guaranteed generous rates of return on their private investment. And it worked.  The model spurred a rapid expansion of 20th century technology much faster than the alternative government-mandated system in Europe, and that had a great deal to do with turning the United States from a second-rate world player into a legitimate world power by World War I and the world’s superpower by World War II. The economy grew, people got services, and the world was secure.

As times have changed and the internet is clearly a different entity than traditional utilities, the terms of the new cyber social contract need to be updated. In the Cybersecurity Social Contract ISA lays out a 10-step program that government and industry might start with.

If the Solarium Commission, or government writ large wants to create a Cyber Social Contract, here is a template they can start with.