The Internet Security Alliance (ISA), AIG and The European Confederation of Directors’ Associations (ecoDa) signed a memorandum of understanding to underscore their commitment to develop a handbook on cyber risk management for European corporate boards of directors. in May 2019, ISA held a workshop in Brussels, Belgium to review the draft handbook. The new handbook, which will be co-branded by ISA, AIG and ecoDa, will be based on the Cyber Risk Handbooks ISA has previously developed for the US National Association of Corporate Directors and adapted versions created for the United Kingdom and Germany. ISA, AIG and ecoDa have already begun the work on the pan-European version of the Cyber Risk Handbook with the expectation that the work will be published later in 2019. 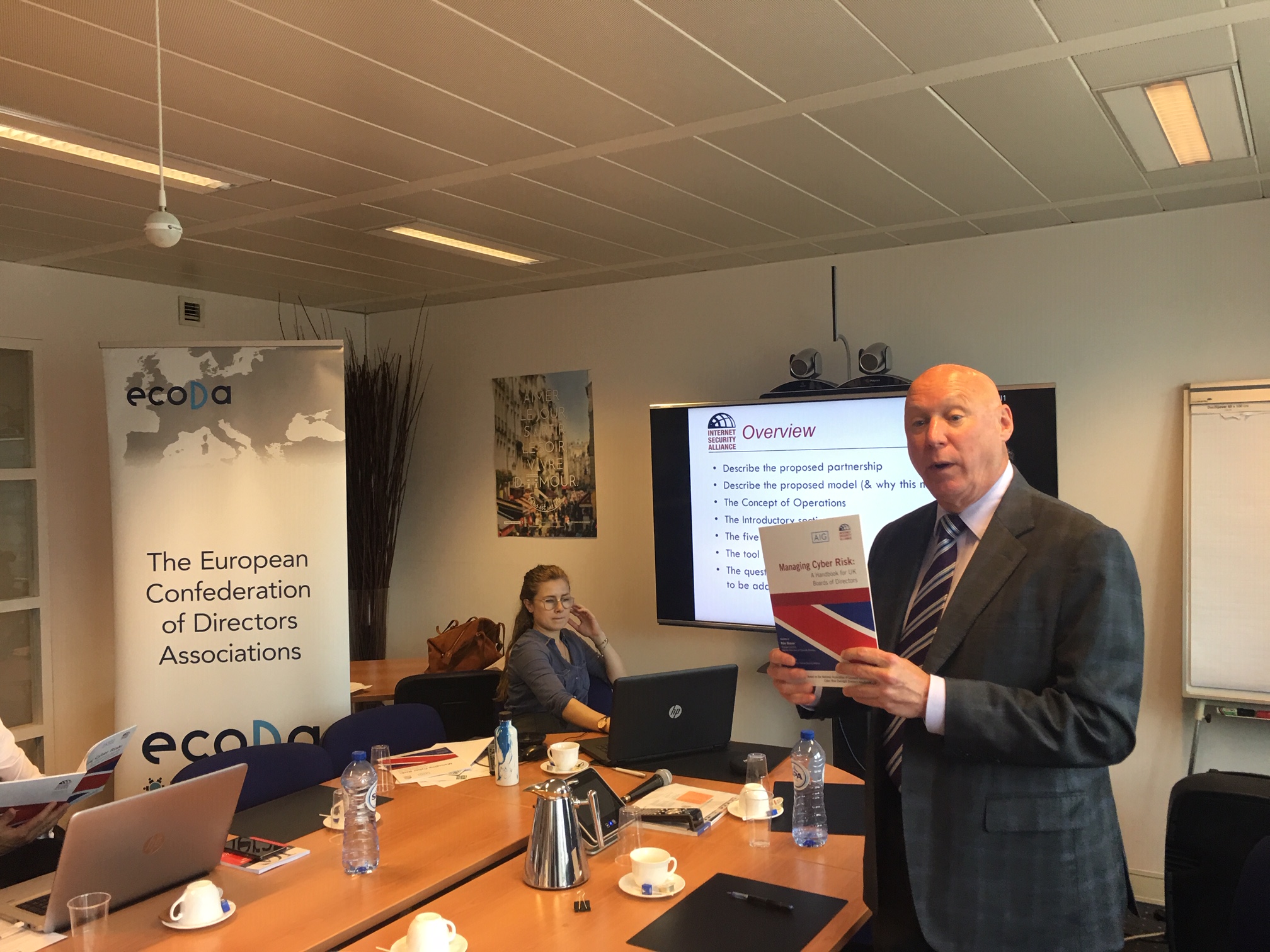 The Internet Security Alliance is working with the Japanese Business Federation to adapt the NACD’s Cyber Risk Handbook for Japanese Boards of Directors. A memorandum of understanding is under review, with production of the handbook to begin in the Autumn of 2019.

The Internet Security Alliacne and the Organization of American States signed a memorandum of understanding in May 2018 to jointly work together to produce a cyber risk handbook for Latin American Boards of directors, based upon the National Association of Corporate Directors Cyber Risk Handbook for Boards. ISA held two workshops: one in Bogota, Colombia and the other in Mexico City to solicit comments and suggestions to adapt the handbook for use in Latin America. Upon publication, the handbook will be available in both Spanish and Portuguese.

ISA continues to cultivate these and similar relationships. In June 2012, ISA briefed a high-level NATO policy delegation on the effects of increased regulation in cybersecurity and offered a comparative analysis of the European programs as compared to the more effective Asian programs. While touring Europe on the State Department-sponsored NATO trip, ISA was also asked to address a wide range of business and educational entities, including the international business community and the European Commission.

The World Institute of Nuclear Security contacted the ISA in late 2011 for assistance in developing an incentive-based model for nuclear facility security that is global in scale.

In conjunction with this request, ISA President Clinton, along with former Homeland Security Secretary Michael Chertoff, was asked to keynote the WINS international nuclear security conference in Vienna, Austria.

ISA maintains an ongoing relationship with WINS, exchanging expertise in the areas of cybersecurity and incentives for that learned from the more mature nuclear security space.