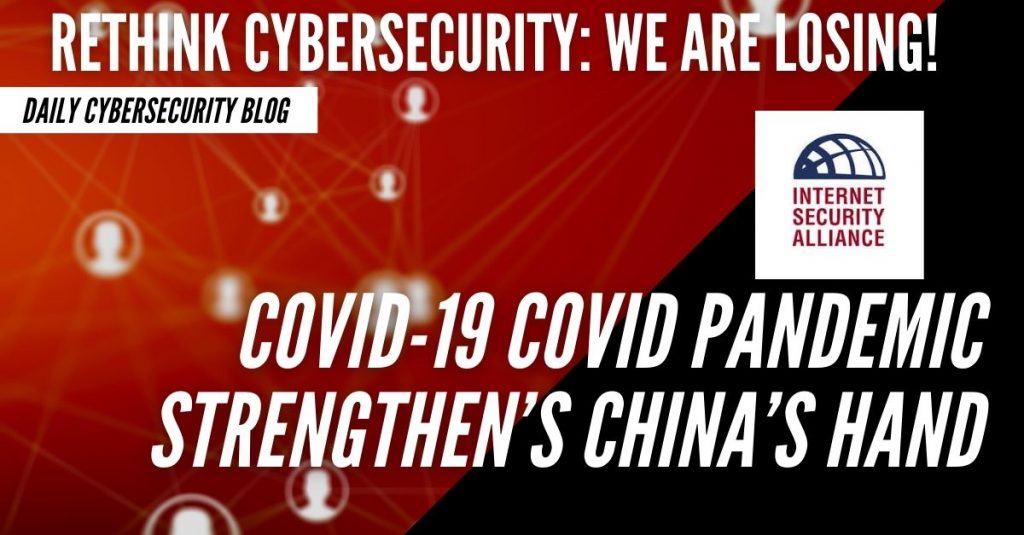 In an earlier post we demonstrated that US diplomatic efforts to encourage countries to remove Chinese technology, while compelling from a security perspective, may be politically and economically impractical.  Many European, Latin American African and Asian 5-G systems will be built on top of existing 3-G and 4G systems which are built on Huawei and ZTE technology.

If the prevailing market structure made replacing Huawei products impractical the existence of the COVID-19 pandemic exacerbates the environment dramatically.  In nations around the world the pandemic has driven the vast majority of the workforce to attempt to continue earning their livelihoods with work from home to maintain safe social distancing.  This has put vast new pressures on carriers like Vodafone to reconfigure and upgrade service while its own workers are struggling to survive. At the same time the pandemic stretched government resources for needed medical care. The pandemic, the relocation of vast numbers of workers and the security threats from use of the Chinese systems cause a perfect storm the European carriers must sail though. In an April 2020 essay for Lawfare Vodafone Executive Joachim Reiter argued

“Insistence that friendly governments implement measures that match the US stance on Huawei was always going to be difficult – bordering on impossible – to implement.  After COVID-19 it will grow even harder to sell. Such a plan would impose an unacceptable financial, economic and social calculus on Europeans who will already be financially squeezed economically weakened and exhausted from weathering the crisis. Revamping the EU 5G network would cost billions of euros for taxpayers – money that after COVID-19 will be devoted to urgent health expenditures.”

The potentially synergistic impact of the COVID-19 virus and the largess of China’s DSR – for both the US and China was highlighted by the Eurasia Group’s 2020 Report:

‘The ultimate impact of the pandemic on the Digital Silk Road (DSR) will also depend on the extent of any global economic downturn and the success or failure of US efforts to further restrict access to Huawei and other important Chinese technology.”

The reach of China’s influence includes even some of the US government’s closest allies. James Curran a former Australian official and expert on US-Australian relations at the University of Sydney told the Washington Post that “the Australian government knows, even if it will not say it publicly, that China is crucial to its post-pandemic recovery.”

Meanwhile as the United States was falling behind its European allies in terms of containing the virus and announcing its withdrawal from the World Health Organization in summer of 2020, Beijing promoted its early success at containing the virus (after several mis-steps) to provide medical assistance and medical supplies to a growing list of countries in Europe, Asia and Africa – especially those countries that are part of the Belt and Road Initiative.

Huawei is Just the Beginning

Although Huawei has garnered the lion’s share of attention in western press, it is simply the tip of the spear in China’s DSR program.  The Eurasia Groups 2020 Report on Expanding China’s Digital Footprint found that “A key thrust of the DSR is to ensure that leading Chinese platform players such as Alibaba, Tencent, and Baidu – as well as Huawei — and state-backed telecom carriers such as China Mobile, China Telecom and China Unicom can take advantage of the DSR umbrella and market access provided by BRI projects to compete in emerging markets with leading US companies in so called over the top services …including smart cities, cloud